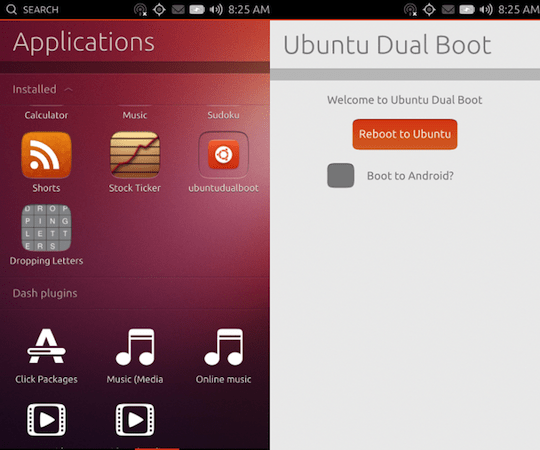 Choice, friends, is good. Nobody likes being limited to one thing, when instead you could be picking from a plethora, or at least a pair of options. And it looks like Ubuntu is on track to deliver on its promise to offer a duo of operating systems to mobile devices in 2014, as it has released a developer preview of a dual-booting Android and Ubuntu mobile solution. While it's a developer-only release for now -- those familiar with unlocking phones and installing custom versions of Android should be fine, too -- using the feature is pretty simple once installed. No command line wizardry is needed: Simply open up the Ubuntu Dual Boot app and pick which OS you want to show up after restarting your phone. Looking for yet another toy with which to play on Christmas morn? The downloadables await at the source below.

In this article: android, developerpreview, developers, dual-boot, mobilepostcross, ubuntu
All products recommended by Engadget are selected by our editorial team, independent of our parent company. Some of our stories include affiliate links. If you buy something through one of these links, we may earn an affiliate commission.