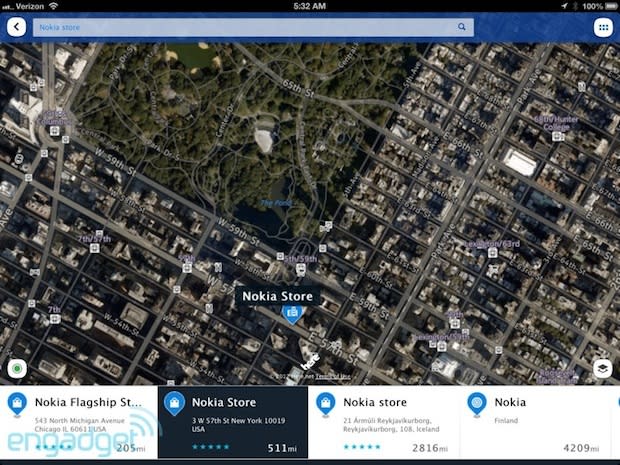 In the wake of Maps-gate, Nokia was one of several outfits that rushed to Apple's aid with a navigation app of its very own. A year later, however, and that same offering has been yanked from the App Store before it could send a note to its neighbors. When we asked, Nokia responded with the below quote, saying that iOS 7 harms the user experience of HERE, but users can still access the mobile edition of the service. Which is all well and good, unless you were a big fan of the app's ability to cache offline data.

"We have made the decision to remove our HERE Maps app from the Apple App Store because recent changes to iOS 7 harm the user experience. iPhone users can continue to use the mobile web version of HERE Maps under m.here.com, offering them location needs, such as search, routing, orientation, transit information and more, all completely free of charge."

In this article: App Store, apple, Here Maps, iOS, iOS 7, mobilepostcross, nokia, Nokia HERE
All products recommended by Engadget are selected by our editorial team, independent of our parent company. Some of our stories include affiliate links. If you buy something through one of these links, we may earn an affiliate commission.