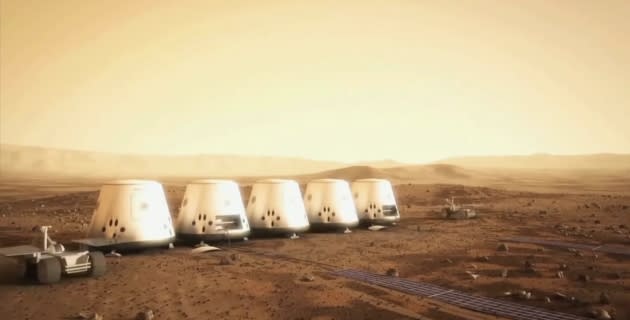 Apparently, over 200,000 people applied for Mars One's mission to permanently leave Earth -- and while there's room to spare on the Martian plains, moving that many humans off-planet simply isn't feasible. The outfit culled that initial pool to 1,058 candidates, and emailed them to say that they'd made it past the first round of (many) cuts for the one-way mission. These remaining astronaut-hopefuls will undergo a battery of team-based training and simulations on Earth to separate the weak links, shrinking the ranks even further. When exactly those trials are going to take place hasn't been determined yet: Mars One says it needs to sort out its broadcast TV-rights first. After all, inter-planetary travel isn't cheap.

In this article: alt, astronauts, mars, MarsOne, science, space, SpaceTravel, transportation
All products recommended by Engadget are selected by our editorial team, independent of our parent company. Some of our stories include affiliate links. If you buy something through one of these links, we may earn an affiliate commission.