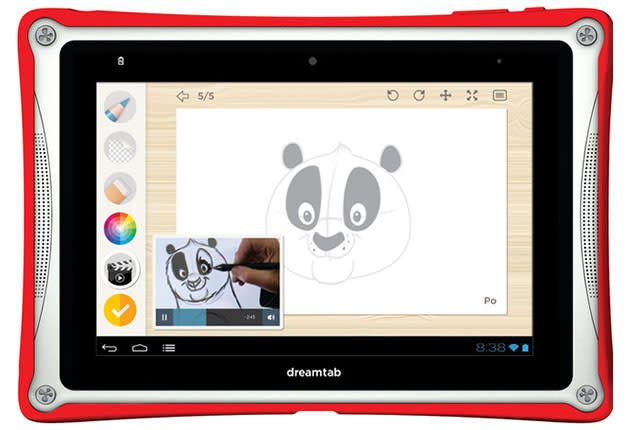 DreamWorks certainly knows what kids want to watch, and Android tablet maker Fuhu knows a thing or two about children's tablets -- having produced the Nabi 2 Disney edition model, for instance. It looks like the two are putting that youth savvy together to create a new slate called the DreamTab that'll come with its own stylus and a raft of kids' apps. The studio told the New York Times that it'd launch an eight-inch model this spring for under $300 with content that can interact with other DreamWorks toys or show kids how to draw, for instance. It'll also include other educational apps to further entice parents and could even have animated characters like Shrek tell kids when it's time to shut it down. A 12-inch model will arrive later, and though there's no word on specs yet, DreamWorks said the new models will provide around the same power as an iPad. "If you give a kid less... they won't like it."

In this article: 8-inch, Android, DreamTab, Dreamworks, Fuhu
All products recommended by Engadget are selected by our editorial team, independent of our parent company. Some of our stories include affiliate links. If you buy something through one of these links, we may earn an affiliate commission.