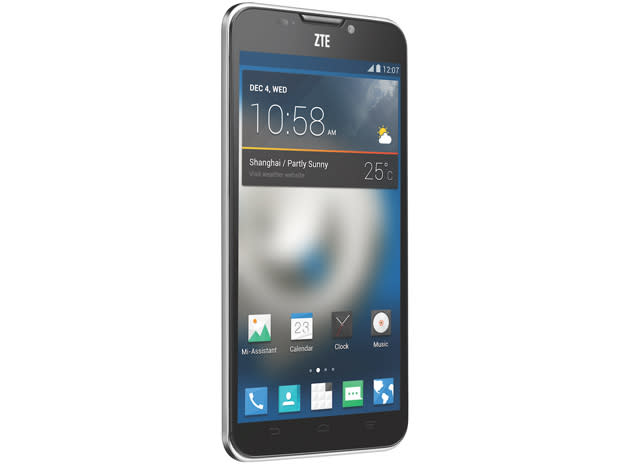 After a brief tease last week, ZTE has at last revealed the Grand S II. The Android 4.3 smartphone has all the necessary ingredients of an early 2014 flagship, including a 5.5-inch 1080p screen, a 2.3GHz Snapdragon 800, a 13-megapixel rear camera and a 2-megapixel sensor up front. However, its real centerpiece is its voice recognition, which is more elaborate than ZTE hinted at a few days ago. The Grand S II will recognize multiple users' voices; unlike the Moto X, you can let friends and family unlock the phone solely through speech. Other voice features are familiar, but welcome. You can take photos with spoken commands, and a My-drive mode tweaks the voice recognition for quicker hands-free control while in the car. We're not big on the 16GB of built-in storage, but the hefty 3,000mAh battery should last longer than the 1,780mAh pack in the original Grand S. About the only mystery left is the Grand S II's launch schedule, but we hope to learn more about that in the near future.

In this article: android, ces2014, grandsii, mobilepostcross, smartphone, snapdragon800, voice, voicecontrol, VoiceRecognition, zte
All products recommended by Engadget are selected by our editorial team, independent of our parent company. Some of our stories include affiliate links. If you buy something through one of these links, we may earn an affiliate commission.