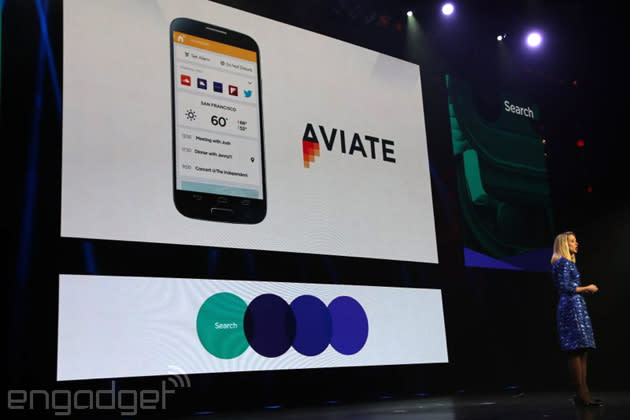 That was quick -- Aviate hasn't even finished developing its context-aware Android home screen, and it's already an acquisition target. Yahoo has announced at CES that it's buying Aviate for an undisclosed amount; the web giant wants to use Aviate's simplified, ever-changing interface as a "central part" of its Android software in 2014. While it's not clear just what that entails, the launcher replacement will live on for the foreseeable future -- in fact, the first 25,000 people to use the code "YAHOO" will get into the ongoing private beta.

In this article: acquisition, android, aviate, ces2014, HomeScreen, mobilepostcross, smartphone, software, yahoo
All products recommended by Engadget are selected by our editorial team, independent of our parent company. Some of our stories include affiliate links. If you buy something through one of these links, we may earn an affiliate commission.