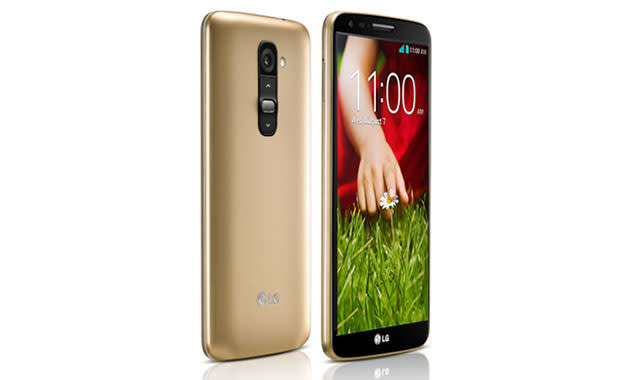 It's de rigeur now for flagship phones to get a gold version, a debatable trend that's at least working out for snarky tech editors. After all, there's something awkward about gilting a geeky handset like LG's G2, especially in a shade reminiscent of gaudy late '80s home decor. It's now available in Taiwan (and possibly elsewhere later) for $530 -- if you're in the target market, those back buttons are less likely to tangle with manicured nails.

In this article: G2, Gold, Golden, lg, LGG2, minipost, mobilepostcross, mobilepostmini
All products recommended by Engadget are selected by our editorial team, independent of our parent company. Some of our stories include affiliate links. If you buy something through one of these links, we may earn an affiliate commission.