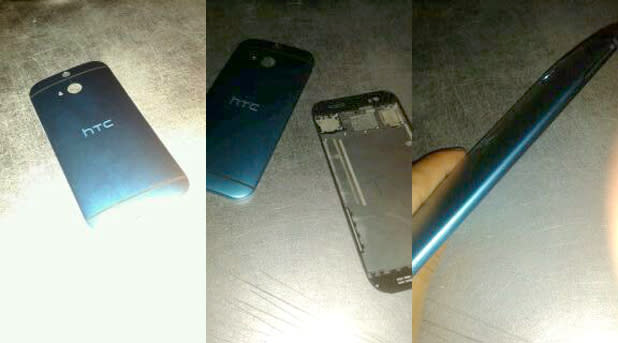 Last year's leak of the HTC One's follow-up, the M8, seemingly raised more questions than it answered. When will it ship? And what's the deal with that second hole on the back? We may have a much clearer picture today, though. Bloomberg sources now claim that the M8 will arrive in late March, and that additional hole is reportedly for an extra camera that would assist a next-generation Ultrapixel sensor. The companion shooter would improve focusing and image quality while allowing for depth of field effects -- we're guessing that means tricks like post-shot refocusing, not the 3D video that HTC gave up years ago. The tipsters otherwise support rumors that we've seen before, including talk of a larger screen and a newer Snapdragon processor. It's tough to know whether or not the M8 will be a worthy sequel based on these leaks, but they do hint that we're looking at more than just a mild refresh.

In this article: android, htc, htcone, leak, m8, mobilepostcross, one, smartphone, ultrapixel
All products recommended by Engadget are selected by our editorial team, independent of our parent company. Some of our stories include affiliate links. If you buy something through one of these links, we may earn an affiliate commission.