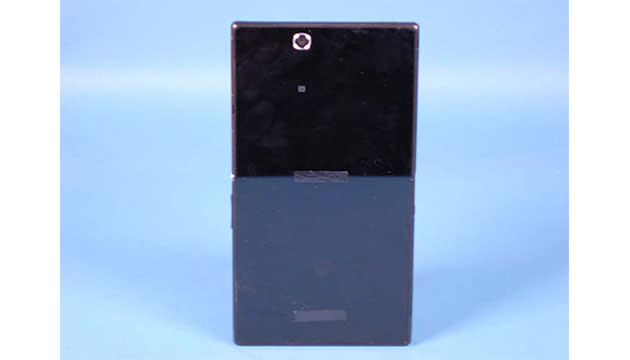 We've seen many a tablet turn into a road warrior -- or even a huge phone -- with the addition of a SIM card. A phone becoming a tablet is a much scarcer transformation, but if any device can make that switch, it's Sony's nearly iPad mini-sized 6.44-inch, 1080p Xperia Z Ultra handset. A variation of that model (the SGP412) has appeared at the FCC packing a Snapdragon 800 MSM8074 SoC processor sans mobile baseband radio, normally used in WiFi-only tablet variants. New application photos of a half-submerged test model show it to be just as dunkable as before, while still packing 2GB of RAM, 32GB of memory, a microSD slot, 3,000mAh battery and an 8-megapixel camera. There's no official word about the device, let alone pricing and a launch date, but when it does come, it'll likely need to beat the mini's $399 sticker -- nearly half the Xperia Z Ultra's off-contract price.

In this article: mobilepostcross, phablet, SGP412, sony, tablet, WiFi, WiFi-only, XperiaZUultra
All products recommended by Engadget are selected by our editorial team, independent of our parent company. Some of our stories include affiliate links. If you buy something through one of these links, we may earn an affiliate commission.