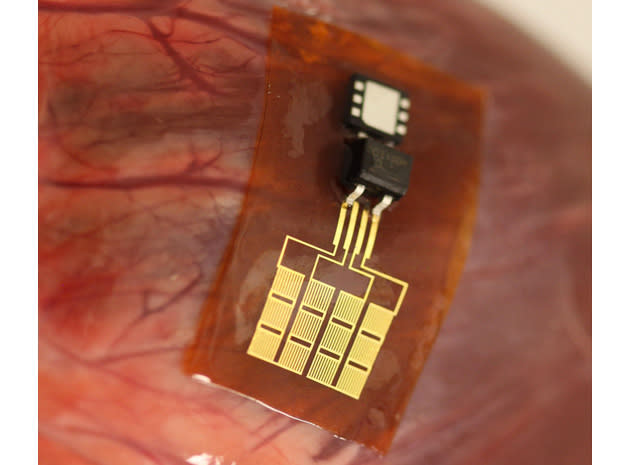 Pacemakers and other electronic implants are a pain to keep running -- patients need surgery to replace batteries, and body-powered generators aren't currently strong enough to charge these devices. They may be far more practical in the future, though, as American and Chinese researchers have developed a piezoelectric power plant that could charge an implant all by itself. The prototype machine generates electricity through the movement of nanoribbons that are tiny enough to be sewn into an organ's surface, but efficient enough to power a pacemaker solely through heartbeats. The device could also keep implants going through the motion of a diaphragm or lung. Scientists still need to test the long-term viability of this miniscule energy factory; there's no guarantee that it's safe enough to last for years inside a human body. If it proves useful, however, it could save implant recipients from repeatedly visiting the hospital for maintenance.

In this article: energy, implant, medicine, nanoribbon, organ, organs, piezoelectric, universityofarizona, universityofillinois, video
All products recommended by Engadget are selected by our editorial team, independent of our parent company. Some of our stories include affiliate links. If you buy something through one of these links, we may earn an affiliate commission.