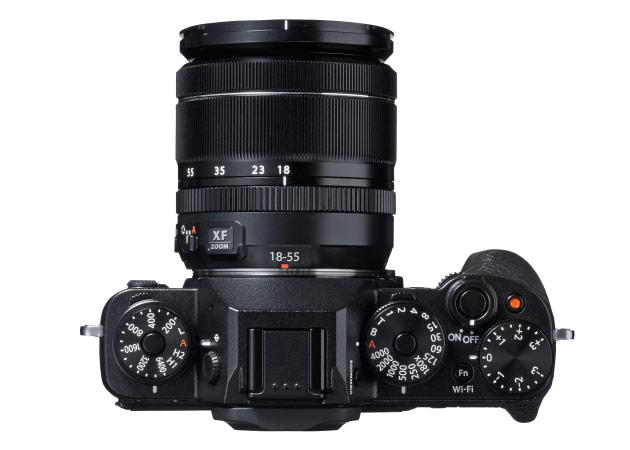 Fujifilm shooters, get your wallets ready -- the camera maker's latest compact interchangeable-lens camera is about as full-featured as they come in this price range. The X-T1 is the latest X-Mount cam in the company's lineup, which includes models such as the X-M1 and X-E2, and it's compatible with the same suite of Fujinon XF and XC lenses. It's set to ship next month for $1,300 body only, or $1,700 with an 18-55mm f/2.8-4 kit lens. The banner features here include a 16.3-megapixel APS-C X-Trans CMOS II sensor, a large 2.36M-dot OLED viewfinder, a refreshed UI and an EXR Processor II, which enables a half-second start-up time, 0.05-second shutter lag and a half-second shooting interval, along with an 8 fps burst mode that includes tracking autofocus.

Another significant addition, of course, is the weather-resistant build. When paired with a weather-resistant lens, the X-T1 can hold up to dust and water, and it's freeze-proof to 14 degrees Fahrenheit (minus 10 degrees Celsius), should your latest assignment bring you to the arctic tundra in the dead of winter. Additionally, the 3-inch, 1.04M-dot tilting LCD is reinforced with tempered glass, but assuming you're using a neck strap properly, there's no excuse for letting your X-T1 collide with the earth. Finally, it's the first of its kind to support the new SDXC UHS-II format, which yields write speeds double that of a traditional SD card. There's also WiFi connectivity, with instant transfers and remote shooting via the Fujifilm Camera Remote app. Three new weather-resistant lenses, including an 18-135mm f/3.5-5.6, a 16-55mm f/2.8 and a 50-140mm f/2.8, will launch as well, though we don't have pricing and availability information to share at this point.

In this article: camera, cameras, cpplus, cpplus2014, fujifilm, x-mount, X-T1
All products recommended by Engadget are selected by our editorial team, independent of our parent company. Some of our stories include affiliate links. If you buy something through one of these links, we may earn an affiliate commission.