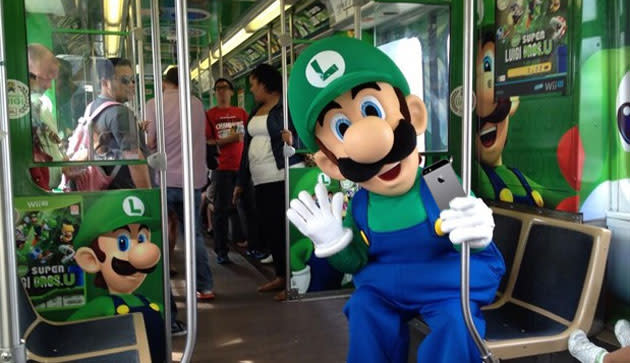 Japanese newspaper Nikkei has a generally good record for getting the scoop on Nintendo, and this one could be pretty important. According to this report, Nintendo will announce plans to create "progressive" content for smartphones -- the very devices that many reckon is chipping away at the company's casual gaming audience. We won't be seeing a full-length iteration of a Zelda title, but it could include background stories (video content is mentioned), offer a tour of in-game worlds and (least interestingly) the very latest news on retail games headed to Nintendo's own hardware. Mini-games would introduce new characters and, as Nintendo has apparently told it to Nikkei, would be free to try, at least for a short period.

The report adds that Nintendo will hold off on paid-for games and in-app purchase, instead hoping that its smart device morsels would whet the appetite for full-version -- full-price -- console game purchases. CEO Satoru Iwata had already mentioned late last year that the company needed to "take advantage of [smartphones'] existence." Nintendo hasn't confirmed or denied the report yet: we reached out for comment earlier today. Nikkei says that Nintendo will announce these plans later this week, when Iwata-san discusses the game maker's Q3 financial results. (Spoilers: there's going to be some bad news.)

Update: Not so Sega. Not yet.

In this article: gaming, minigames, nikkei, nintendo, report, smartphone
All products recommended by Engadget are selected by our editorial team, independent of our parent company. Some of our stories include affiliate links. If you buy something through one of these links, we may earn an affiliate commission.