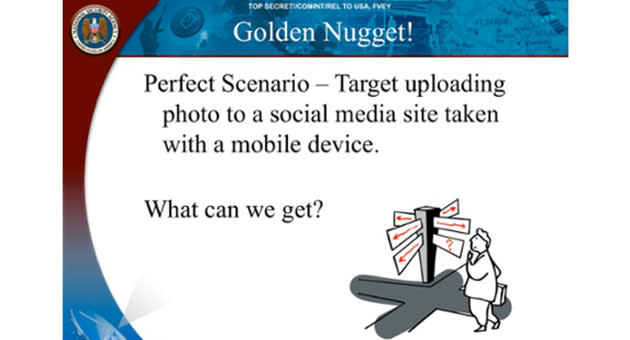 According to newly leaked information from Edward Snowden, the NSA can access data from Angry Birds and other apps to learn everything from your gender to your location. The Guardian, ProPublica and The New York Times reported on the extensive leaks; get ready for a ton of new details below.

Depending on how much information a user shares (and how much the app developer allows for), the NSA and the GCHQ in the UK can collect details such as smartphone identification codes, current location, age, gender and marital status. In the case of Angry Birds, ad platforms give the agencies access to much more data than the game alone provides. It's not clear just what personal information can be collected through the app, but considering the game has been downloaded more than 1.7 billion times, this is relevant news for anyone who enjoys apps on a smartphone.

The leaked documents don't only raise flags about the safety of mobile apps; one report also shows that by simply updating your Android software, you've generated hundreds of lines of data about your phone's history. Moreover, the leaks detail the NSA's efforts to hack individual handsets, with methods boasting cheerful names like "Nosey Smurf."

Of course, all these revelations raise the question: Has extensive information-collecting been helpful in fighting terrorism? According to The New York Times, a 2009 analysis of US and UK cellphone data turned up millions of "callers of interest." In other words, describing the vast amounts of data collected as "unwieldy" would be a gross understatement.

Update: Rovio released a statement explaining that it doesn't provide any end-user data to the US government or agencies from any other country.

In this article: information collection, nsa, snooping, surveillance
All products recommended by Engadget are selected by our editorial team, independent of our parent company. Some of our stories include affiliate links. If you buy something through one of these links, we may earn an affiliate commission.