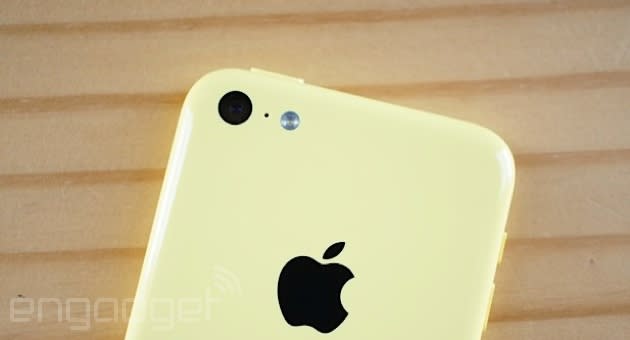 Apple's usually pretty quick when it comes to fixing issues with its software, and today is no exception. The iPhone maker has begun delivering iOS 7.0.5 to 5s and 5c models that are available in China, an update that is expected to solve "network provisioning" for some affected handsets there. This comes shortly after Apple finally announced a deal to bring the iPhone to China Mobile, which put an end to a long, long period of negotiations and landed its shiny new devices on the carrier. As such, and even though the changelog doesn't single the network out, iOS 7.0.5 would appear to be tailored for China Mobile subscribers who recently bought an iPhone. Either way, for those of you outside of China, no need to be hunting for this particular version -- it's only for those who actually need it.

In this article: Apple, China, China Mobile, ChinaMobile, iOS, iOS 7.0.5, iPhone, iPhone 5c, iPhone 5s, mobilepostcross
All products recommended by Engadget are selected by our editorial team, independent of our parent company. Some of our stories include affiliate links. If you buy something through one of these links, we may earn an affiliate commission.