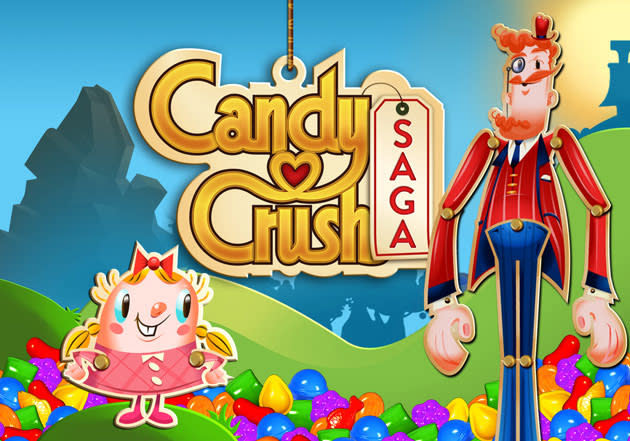 Such sweet, sweet revenge. After the maker of the hugely popular Candy Crush series of games on the App Store somehow managed to trademark the word "candy" in Europe, other developers have started to fight back by blitzing Apple with an insulin-inducing array of Candy-themed game submissions. More than 100 hastily prepared titles have already been put forward as part of an organized "Candy Jam" protest against the trademarking of common words, including such gobstoppers such as CAN D, ThisGameIsNotAboutCandy, CanDieCanDieCanDie and the inimitable Candy_Game ("Press to hear Candy.")

In the meantime, the developer at the center of the controversy, King.com, continues to pursue legal action against those who use any of words in its arsenal of trademarks, even those that have nothing to do with sugar. This apparently includes one poor dev who had the cheek to use the word "saga" in a Norse mythology-themed game called The Banner Saga -- a title that treads too closely to Candy Crush Saga, according to legal documents filed by King. What's more, now that King has also filed for new trademarks in the US, this whole saga (eek) could be about to get even sicklier.

In this article: apple, appstore, candy, candycrush, candyjam, ios, mobilepostcross, trademark
All products recommended by Engadget are selected by our editorial team, independent of our parent company. Some of our stories include affiliate links. If you buy something through one of these links, we may earn an affiliate commission.