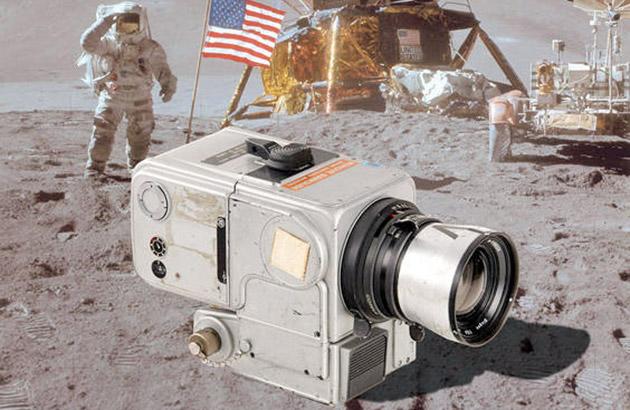 If you happen to be in Austria in March and have, oh, around $270,000 just lying around, you can get a memento from the Apollo 15 mission. To be precise, that amount might win you a 70-millimeter Hasselblad Electric Data Camera at a WestLicht Gallery auction in Vienna -- one that James Irwin supposedly used when he walked on the moon in 1971. While NASA hasn't confirmed its authenticity, gallery officials insist that the number 38 printed inside the camera is all the proof they need, as the images Irwin took were all labeled with the same number.

According to CollectSpace, though, the camera's serial numbers are identical to a device sold at a New Hampshire auction in 2012. While a former NASA photographer was certain that that camera was part of an Apollo mission, it was never linked to Apollo 15 or to the eighth man to walk on the moon. So, even if 200 grand's chump change to you, it may be best to take the gallery's claim with a pinch of salt.

In this article: apollo15, auction, Austria, camera, hasselblad, moon, NASA, space, Vienna
All products recommended by Engadget are selected by our editorial team, independent of our parent company. Some of our stories include affiliate links. If you buy something through one of these links, we may earn an affiliate commission.