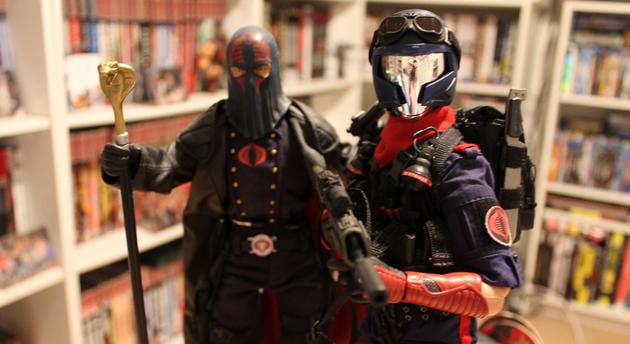 Admit it -- as a kid, you got a little tired of the GI Joe team winning the battle in every cartoon episode. Wouldn't it have been nice if Cobra emerged victorious now and then? Thankfully for you, Amazon has just given you the freedom to rewrite your childhood memories: it has reached a deal with Hasbro to sell GI Joe fan fiction in Kindle Worlds. And if you didn't spend your youth watching animated soldiers, you'll be glad to hear Amazon has also scored licenses from Warner Bros. and Valiant Entertainment. The arrangements let you post stories set in Veronica Mars, the Pretty Little Liars spinoff Ravenswood and new Valiant comics like The Lizzy Gardner Files. Amazon's expansion still leaves just 20 Kindle Worlds to choose from, but it should please anyone who wants to give Cobra Commander his due.

In this article: amazon, e-book, FanFiction, gijoe, hasbro, internet, kindleworlds, Publishing, ravenswood, valiantentertainment, veronicamars, video, warnerbros
All products recommended by Engadget are selected by our editorial team, independent of our parent company. Some of our stories include affiliate links. If you buy something through one of these links, we may earn an affiliate commission.