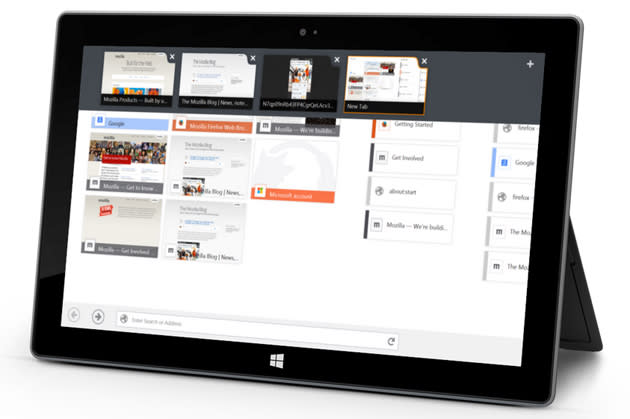 After roughly a year of development, Mozilla has at last released a beta of Firefox for Windows 8. The not-quite-finished browser gives early adopters a full touchscreen interface with finger-friendly elements and gesture support. It also supports Windows 8's window snapping and sharing features. And don't worry if you're running another OS -- there are still a few useful upgrades in the beta for everyone, including newly enabled gamepad support and VP9 video playback. No matter what platform you're running, you'll find both a download and release notes at the source link.

In this article: beta, browser, firefox, gamepad, internet, linux, mac, mozilla, software, vp9, web, windows8
All products recommended by Engadget are selected by our editorial team, independent of our parent company. Some of our stories include affiliate links. If you buy something through one of these links, we may earn an affiliate commission.