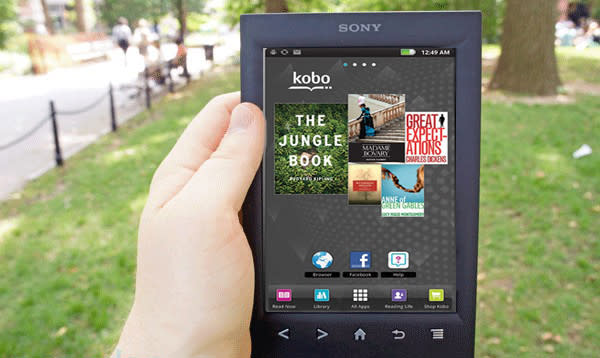 With its eye firmly fixed on a return to profitability, Sony's been making extensive cuts to its business arms in recent days (bye bye, VAIO!). So it's no surprise the company would train that cost-cutting eye onto another underperforming unit -- its e-reader business. Sony announced today that it'll be shuttering its Reader store in the US and Canada come "late March" and that all Reader accounts (including library content) would be moved to Kobo's platform during that time. Existing users shouldn't have much to worry about though, as Sony claims the "migration process" should be painless and that it'll issue a how-to email to walk users through it. The deal will also see Kobo's app pre-installed on select Xperia devices, which should give Kobo a significant boost in audience reach. That's assuming consumers start buying Xperias in bulk.

Update: Sony contacted us to clarify that the Kobo app will only come pre-loaded on select Xperia devices.

In this article: e book, e books, e reader, e readers, e-book, e-books, e-reader, e-readers, kobo, reader, sony, sonyreader, xperia
All products recommended by Engadget are selected by our editorial team, independent of our parent company. Some of our stories include affiliate links. If you buy something through one of these links, we may earn an affiliate commission.