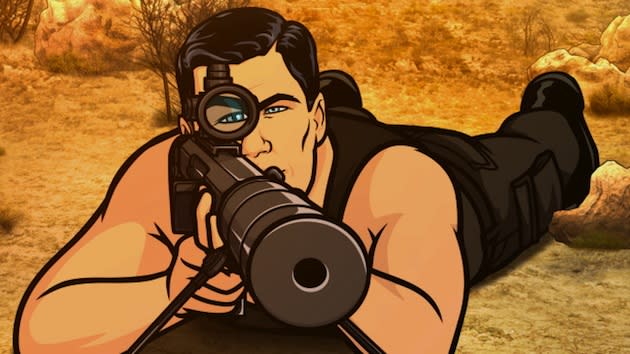 The content arms race between streaming-video providers Netflix, Amazon and Hulu (and YouTube/Google Play and Crackle and Redbox and... you get the picture) shows no signs of slowing down, and here's Amazon's latest assault. The Prime Instant Video service is pushing new, exclusive, original content at the same time it gains access to popular TV shows from a new deal with Fox. The latter arrangement brings FX series The Americans as a streaming exclusive to Amazon (Engadget HD favorite Justified became an exclusive last year), plus archived episodes of The League, Louie, How I Met Your Mother, It's Always Sunny in Philadelphia and Archer on a non-exclusive basis next month. The Americans returns for season two on February 26th, and we're sure the network is hoping viewers will binge on the well-reviewed series in time to start watching then.

Of course, Netflix has shown that exclusive original content is key to growth, and Amazon is repeating its "pilot season" judged by the public to pick new shows. Last time around, the process resulted in Alpha House and Betas, and now 10 hopefuls -- split among five "prime-time" adult options and five kids shows -- are streaming for free. Among them are two hour-long dramas with The After, a show from X-Files creator Chris Carter, and Bosch, a murder-mystery based on the popular detective novels by Michael Connelly that's co-written by The Wire's Eric Overmyer. There are previews after the break, but the full pilots are streaming on the web or devices with Amazon Instant Video/Lovefilm apps. Amazon's old-school pilot strategy is in sharp contrast to Netflix's "find some of the best talent and throw money at them" approach, so if there's a House of Cards or Orange is the New Black in the bunch, there's only one way to find out.

Amazon Pilot Season is here! Watch now and help decide which shows should be made into a series: https://t.co/IJbJbLuiKw

In this article: amazon, amazonoriginals, hdpostcross, lovefilm, pilots, PilotSeason, video
All products recommended by Engadget are selected by our editorial team, independent of our parent company. Some of our stories include affiliate links. If you buy something through one of these links, we may earn an affiliate commission.