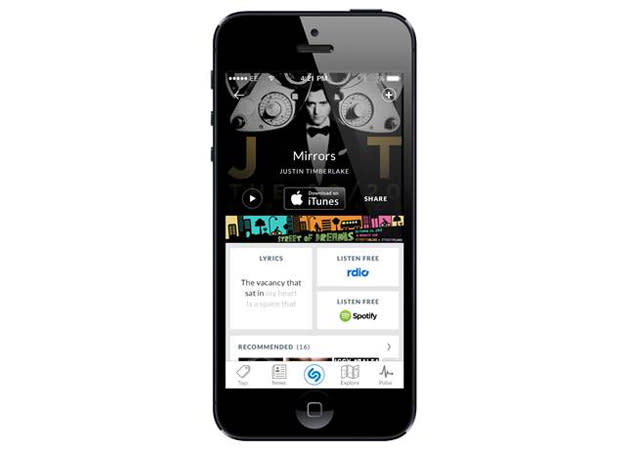 If you're like us, you usually stop using Shazam as soon as you've identifed that catchy tune -- while the software has a lot of features under the hood, they haven't been easy to find. That's why the company is rolling out the first phase of an iPhone app redesign. Its new song interface (available later today) puts real-time lyrics front and center, and a song's music video is just a short hop away. Shazam is also making it easier to buy or stream content, whether it's a hit song or a TV show. iPhone owners should expect further big updates later this month. Android-based listeners will have to be more patient, however, as today's interface revamp won't hit their devices until sometime in the "coming weeks."

In this article: app, hdpostcross, ios, iphone, lyrics, mobilepostcross, music, shazam, smartphone, songrecognition, television, tv
All products recommended by Engadget are selected by our editorial team, independent of our parent company. Some of our stories include affiliate links. If you buy something through one of these links, we may earn an affiliate commission.