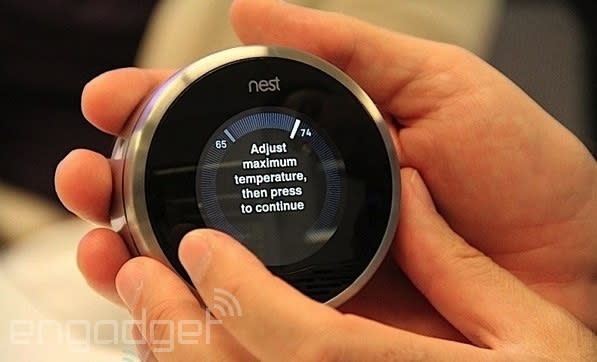 Prepare for a world of Google-controlled thermostats, smoke alarms and no doubt other mysterious projects we don't know about yet. Shortly after receiving the green light from the FTC, the search giant announced that its $3.2 billion acquisition of home automation company Nest is now a done deal. Google's already touting Nest as the perfect partner to "enhance its suite of products and services," and is allowing founders Tony Fadell and Matt Rogers (both ex-members of the original iPod team) to continue operating the company under its own brand. Google's involvement brings its fair share of privacy concerns, but Fadell says Nest doesn't intend to change its current privacy policy, and that any future changes will be both transparent and opt-in. While we don't fully know what Google has planned, now that it has swapped smartphones for smart homes, we guess it could make a good start simply by making Nest's existing products available in more countries, as they're barely known outside of the US.

In this article: acquisition, google, nest, thermostat, tony fadell, top5daily
All products recommended by Engadget are selected by our editorial team, independent of our parent company. Some of our stories include affiliate links. If you buy something through one of these links, we may earn an affiliate commission.