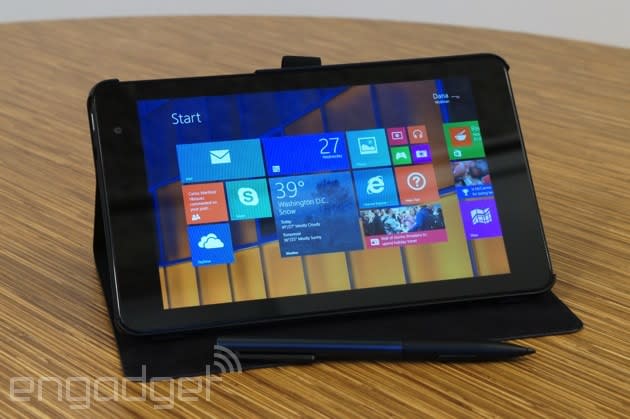 At present, it's tricky to make Windows PCs that cost as little as basic Android tablets and Chromebooks. While Microsoft charges vendors $50 to use Windows, Google often gives its software away. The crew in Redmond may have found a way to narrow the price gap, though. Bloomberg claims that Microsoft is cutting Windows 8.1's license fee to $15 for any device that sells for less than $250, letting builders offer very cheap Windows PCs without destroying their profits. The developer isn't commenting on the reported discount, but this would be a familiar strategy; Microsoft slashed Windows XP's pricing to wipe out Linux netbooks a few years ago. There's no guarantee that the company will repeat its earlier success if the lower Windows 8.1 prices take effect. However, it may feel compelled to act when PC shipments are still declining and mobile OS tablets are on the rise -- the status quo clearly isn't working.

In this article: android, chromeos, google, license, licensing, microsoft, tablet, windows, windows8.1
All products recommended by Engadget are selected by our editorial team, independent of our parent company. Some of our stories include affiliate links. If you buy something through one of these links, we may earn an affiliate commission.