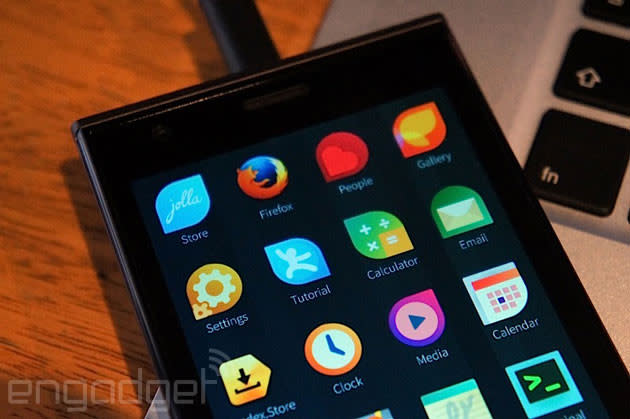 There's a certain glamor to new mobile platforms that offer something different from established players, but nobody wants to spend hundreds on a new device just for a dabble. For those intrigued by the MeeGo-derived Sailfish OS specifically, Jolla hopes to lead you into temptation soon with a launcher for Android that mimics the Sailfish UI. Also during the first half of this year, Jolla plans to offer full firmware downloads for your handsets if you want to end it with Android altogether. The community around open-source Sailfish has successfully ported the OS to a number of devices, but we believe a formal and user-friendly method of distribution is what's being suggested here. We can picture the Jerry Springer episode already. The launcher was just a "friend," you see, until the firmware moved in and Android became but a homeless ROM. But... who's the father?

In this article: android, firmware, jolla, launcher, meego, mobilepostcross, sailfish, SailfishOs
All products recommended by Engadget are selected by our editorial team, independent of our parent company. Some of our stories include affiliate links. If you buy something through one of these links, we may earn an affiliate commission.