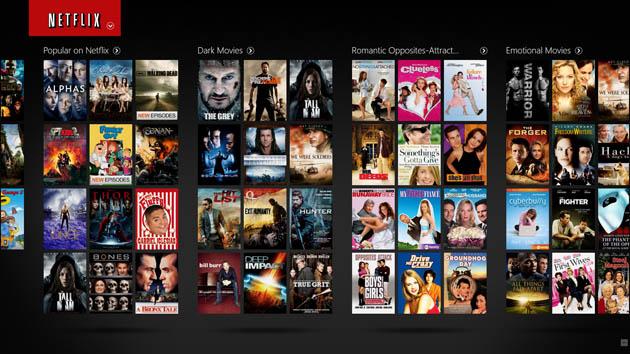 Comcast should see its ranking in Netflix's speed report begin to recover after the two reached an agreement that reportedly has the streaming giant paying the provider directly to ensure more bandwidth. The exact details of the deal are a little murky, but it's a long term contract that will have Comcast connecting to Netflix servers inside third-party data centers. The company has previously sought to have its servers placed directly inside Comcast's data centers, but the new arrangement will still reduce Netflix's dependence on middlemen like Cogent. In a statement (available after the break), both companies call it a "mutually beneficial" agreement, confirming the direct connection some users noticed late last week. Many Internet companies have similar deals with ISPs to keep their content flowing smoothly, although there's no indication if an agreement with Verizon is near for similarly-troubled FiOS connections.

According to sources close to the negotiations, the negotiations have been going on for over a year, including a CES meeting between CEOs Brian Roberts and Reed Hastings where the framework came together. The same sources also indicate that Comcast declined Netflix's OpenConnect proposal because it didn't feel the solution would scale across locations, or if other services sought similar treatment. Although the connections are already up in some places, rolling it nationwide is expected to take a few weeks. While the timing is certainly suspect, the seemingly sudden resolution to the standoff has nothing to do with recent Net Neutrality developments or the proposed Time Warner acquisition. Still, the deal will certainly be used by Comcast as evidence that its merger should receive regulatory approval, even as it demonstrates the provider's growing leverage over content providers.

PHILADELPHIA and LOS GATOS, CALIF. – (February 23, 2014) – Comcast Corporation (Nasdaq: CMCSA, CMCSK) and Netflix, Inc. (Nasdaq: NFLX) today announced a mutually beneficial interconnection agreement that will provide Comcast's U.S. broadband customers with a high-quality Netflix video experience for years to come. Working collaboratively over many months, the companies have established a more direct connection between Netflix and Comcast, similar to other networks, that's already delivering an even better user experience to consumers, while also allowing for future growth in Netflix traffic. Netflix receives no preferential network treatment under the multi-year agreement, terms of which are not being disclosed.

In this article: bandwidth, comcast, hdpostcross, netflix, netneutrality
All products recommended by Engadget are selected by our editorial team, independent of our parent company. Some of our stories include affiliate links. If you buy something through one of these links, we may earn an affiliate commission.