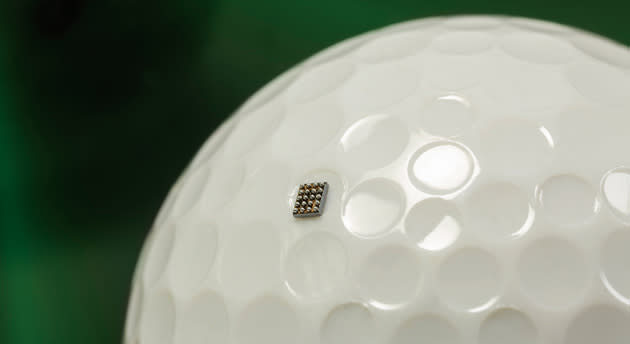 Apparently, Freescale didn't think the diminutive Kinetis KL02 was tiny enough -- it just unveiled the KL03, the new world's smallest ARM microcontroller. At 1.6mm by 2mm, the Cortex-M0+ chip is 15 percent smaller than its ancestor. That's miniscule enough to comfortably fit inside the dimple of a golf ball, folks. Despite the shrunken profile, it's both easier to program and more energy-efficient. The size isn't just for bragging rights, of course. Freescale sees the KL03 helping out the internet of things, where a fraction of a millimeter can make a big difference. Companies can't start using the chip in earnest until it enters full production this June, but it may lead to very compact smart appliances and wearables once it arrives.

In this article: arm, cortex-m0plus, freescale, internetofthings, kinetis, kl03, mcu, microcontroller
All products recommended by Engadget are selected by our editorial team, independent of our parent company. Some of our stories include affiliate links. If you buy something through one of these links, we may earn an affiliate commission.