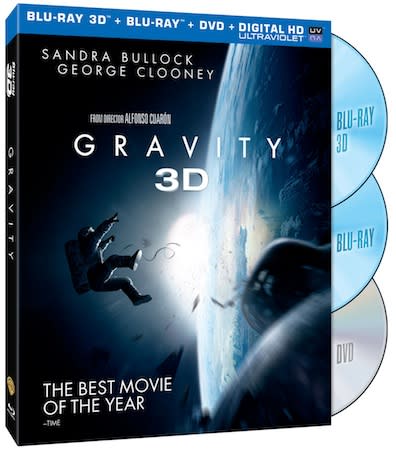 The Winter Olympics are over and your normal programming schedule is back in full swing. The NHL is back for hockey fans, but Sunday is the big night for movies, as the 86th Annual Academy Awards air on ABC, hosted by Ellen Degeneres. The Best Picture category is looking particularly stacked with American Hustle, Captain Phillips, Dallas Buyers Club, Gravity, Her, Nebraska, Philomena, 12 Years a Slave and The Wolf of Wall Street.

Tonight the battle of odd reality TV shows takes off as Discovery heads to the mountains for Battle of the Ozarks and AMC airs its Game of Arms arm-wrestling competition. Legit returns this week on FXX, while FX premieres season two of The Americans. Otherwise, we'd keep an eye out for Fred Armisen who is leading the band for Seth Meyers on Late Night, and kicking off a new season of Portlandia on IFC. Gravity is also coming home this week on Blu-ray and Blu-ray 3D, while gamers can pick up Plants vs. Zombies: Garden Warfare or Thief. Check after the break for trailers plus our weekly listing of what to look out for in TV, Blu-ray and gaming.

In this article: AcademyAwards, blu-ray3d, gravity, hdpostcross, listings, MustSeeHdtv, oscars, video
All products recommended by Engadget are selected by our editorial team, independent of our parent company. Some of our stories include affiliate links. If you buy something through one of these links, we may earn an affiliate commission.