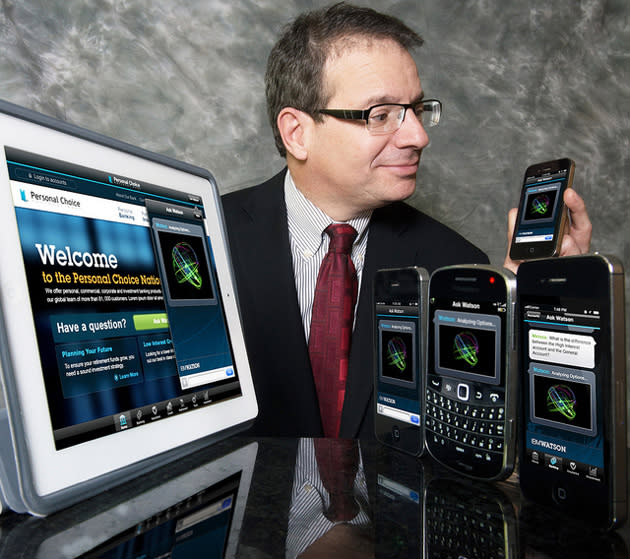 Watson, IBM's Jeopardy-conquering super computer, has set its sites on mobile apps. Not long ago, the recently created Watson Business Group announced that would offer APIs to developers to create cloud-based apps built around cognitive computing. Now IBM is launching a competition to lure mobile app creators to its new platform. Over the next three months the company will be taking submissions that leverage Watson's unique capabilities like deep data analysis and natural language processing to put impossibly powerful tools to the palm of your hand. IBM is hoping for apps that "change the way consumers and businesses interact with data on their mobile devices." It's an ambitious goal, but considering the way Watson spanked Ken Jennings, it seems something that is well within its reach. The machine has already changed the way we view computers and artificial intelligence, not only by winning Jeopardy, but by making cancer treatment decisions and attending college. Now it wants to make your smartphone smarter than you could ever hope to be.

In this article: apps, cognitive computing, competition, ibm, mobile apps, watson, watson business group
All products recommended by Engadget are selected by our editorial team, independent of our parent company. Some of our stories include affiliate links. If you buy something through one of these links, we may earn an affiliate commission.