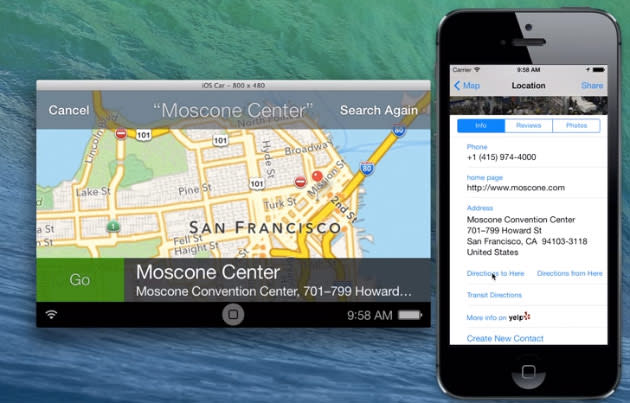 Apple's iOS in the Car has been a long time in coming -- we first heard about the automotive interface last June, and it still isn't ready despite the presence of relevant code in recent iOS 7 builds. The wait may soon be over, though, as the Financial Times hears that Apple will unveil formal car integration deals with Ferrari, Mercedes-Benz and Volvo next week. There aren't more forthcoming details, although the rumored announcement implies that the automakers could name compatible models and possibly show the technology in action. We wouldn't refer to iOS in the Car as Apple's "first in-car operating system," like the FT does -- it's still dependent on an iPad or iPhone to work. Even so, any potential launch next week would represent a big step forward for 1 Infinite Loop's in-car efforts, which haven't advanced much since iPod Out.

In this article: apple, car, ferrari, GenevaMotorShow, infotainment, ios, ios7, iosinthecar, iphone, mercedes-benz, mobilepostcross, transportation, volvo
All products recommended by Engadget are selected by our editorial team, independent of our parent company. Some of our stories include affiliate links. If you buy something through one of these links, we may earn an affiliate commission.