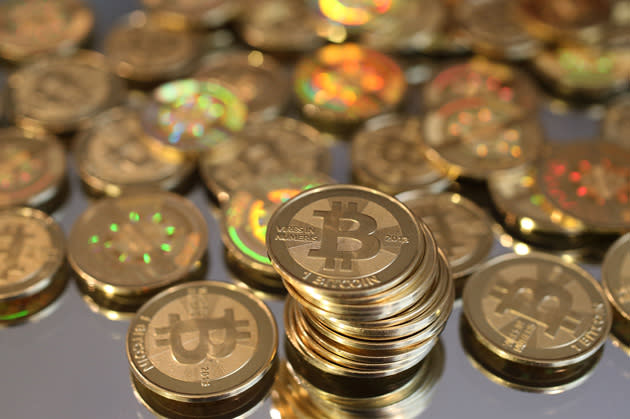 When the lights went out on Mt. Gox earlier this week, it wasn't entirely clear what was going on. Was the exchange about to be straightened out by another backer? What would happen to customers' coins? There were some big questions that needed answering. Today, according to the Wall Street Journal, we're at least enlightened to one of them, as it's reporting Mt. Gox is filing for bankruptcy protection.

The news came from one of the firm's lawyers, speaking at a news conference in Tokyo. It was also revealed that Mt. Gox has debts currently to the tune of debt of about ¥6.5 billion ($63.6 million). The exchange had been pulled offline earlier this month amidst fears that it was possible to carry out fraudulent transactions. Understandably, this caused a great deal of frustration and anxiety for those with money and currency invested in the system. What this new development means for those customers still remains unclear, but for now at least, it's in the hands of official process.

Update: Business Insider found a video posted by Japan's Asahi News Network (found after the break) of Mt. Gox's CEO Mark Karpeles speaking at that very news conference. In that video, he confesses that 850,000 Bitcoins -- which translates to around $480 million -- have disappeared from the exchange due to "weaknesses in the system."

In this article: bankruptcy, bitcoin
All products recommended by Engadget are selected by our editorial team, independent of our parent company. Some of our stories include affiliate links. If you buy something through one of these links, we may earn an affiliate commission.