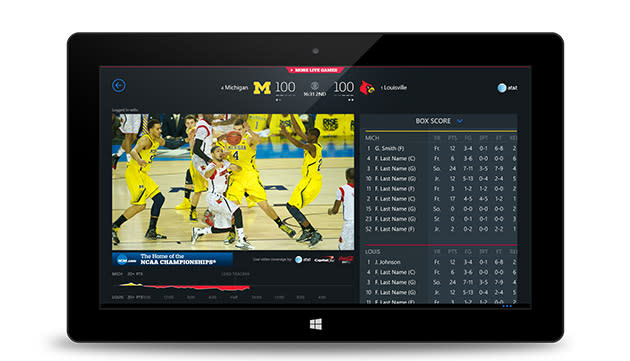 This year, Windows Phone 8 users can watch all 67 NCAA men's basketball games too, now that the March Madness Live app has arrived (there's also a new app for Windows 8, if the browser doesn't cut it). The streaming app was previously available on iOS and Android only, and long ago, it even cost $10 a pop to download. Now the app is free, but any game aired on TNT, TBS or TruTV still requires a cable TV subscription for viewing. There is a brief preview period before users need to log in, and anyone can stream games aired on CBS.

As a bonus for cable subscribers, each semifinal round will have three different feeds that viewers can choose from: the game coverage itself and team-specific presentations. Other than these new features, the apps also got a new interface that make them more suitable for phone and tablet screens. The March Madness Live apps aren't exactly available yet, but as the name implies, they're slated to hit the App Store, Google Play and Windows Marketplaces sometime this March.

In this article: ios, MarchMadness2014, MarchMadnessLive, mobilepostcross, ncaa, sports, WindowsPhone8, wp8
All products recommended by Engadget are selected by our editorial team, independent of our parent company. Some of our stories include affiliate links. If you buy something through one of these links, we may earn an affiliate commission. 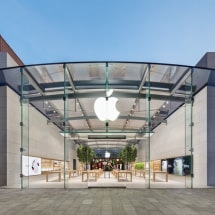