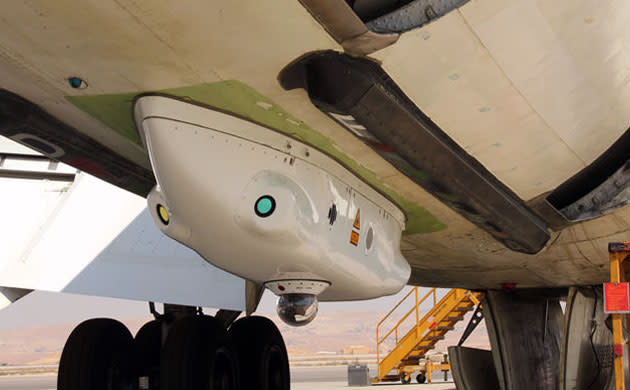 SkyShield, created by Israel's Elbit Systems, has reportedly been under development for the better part of a decade, but the laser-based missile deflector has just now successfully completed live testing. The Multi-Spectral Infrared Countermeasure (MUSIC) device, which is mounted on an aircraft's belly, uses a thermal camera paired with a laser to change the direction of approaching missiles, saving airliners and passengers from destruction. When the camera detects a missile, it rotates the plane so that the belly faces the approaching weapon. It then fires a laser beam, redirecting the missile so it can explode a safe distance away. It's not clear when the technology will begin rolling out, but according to Haaretz, SkyShield will be used on all Israeli civilian aircraft, many of which operate around the world.

In this article: defense, elal, ElAlAirlines, israel, laser, lasers, missile, skyshield, video, wargadget
All products recommended by Engadget are selected by our editorial team, independent of our parent company. Some of our stories include affiliate links. If you buy something through one of these links, we may earn an affiliate commission.