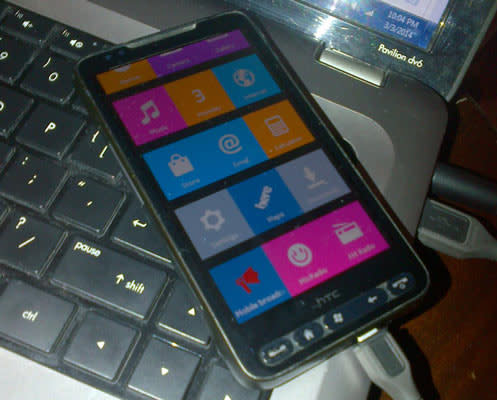 You may remember the HTC HD2 from posts such as "will it play Tekken 3?" and "wait, it runs Windows RT now?" Despite the handset's age, a stalwart community keeps it relevant by getting anything and everything to run on the developer favorite. It's only fitting, then, that the HD2 be one of the first to don Nokia's heavily skinned version of Android, other than the unreleased X family, of course. That's right: An XDA Developers forum member by the name of gilbert32 has apparently succeeded in porting some form of the Nokia X Android build onto a rather beat-up-looking HD2. We say succeeded, but while it looks the part and plays a booting sound when fired up, "everything else" is admittedly non-functional. Then again, if the goal was to show the HD2 still has legs after all this time, then mission accomplished, sir.

In this article: android, googleandroid, hd2, htc, htchd2, mobilepostcross, nokia, nokiax, port, rom, xda-developers, XdaDevelopers
All products recommended by Engadget are selected by our editorial team, independent of our parent company. Some of our stories include affiliate links. If you buy something through one of these links, we may earn an affiliate commission.