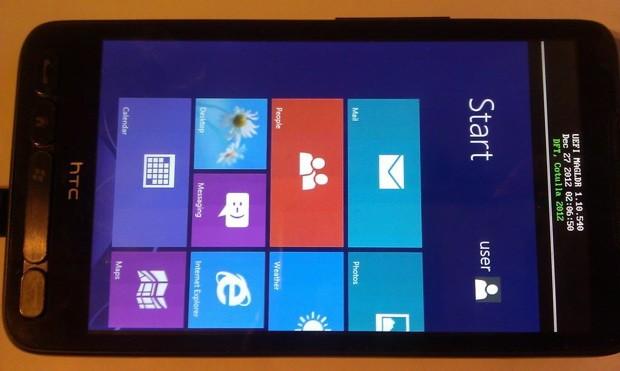 HTC's HD2 may have begun life as just another Windows Mobile 6.5 handset, but its surprisingly hardy internals enable it to run almost any mobile OS going. The latest software to appear on the three-year-old device is Windows RT, which was jammed onto the system by a developer called Cotulla -- who previously put Windows Phone 7 on the same unit. While we imagine it's not that comfortable to use on the HD2's 4.3-inch screen, we can imagine some superheroes are now scouring eBay for a similarly immortal smartphone.

In this article: Cotulla, HD2, htc, microsoft, mobilepostcross, Windows RT, WindowsRt
All products recommended by Engadget are selected by our editorial team, independent of our parent company. Some of our stories include affiliate links. If you buy something through one of these links, we may earn an affiliate commission.