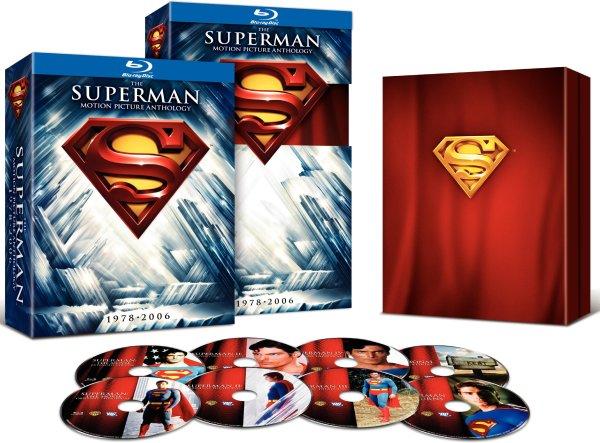 Superman fans pay attention, Warner Bros. has announced the Superman: The Motion Picture Anthology package will be released June 7, 2011 with an MSRP of $129.95. All five theatrical releases are here, but the eight discs include two alternate versions (Superman: The Movie Extended Edition and Superman II: The Richard Donner Cut) and a bonus disc. There's over twenty hours of extras in all including the commentaries, two HD documentaries and a slew of other extras from previous releases. Check out the complete list of features and trailer embedded after the break.