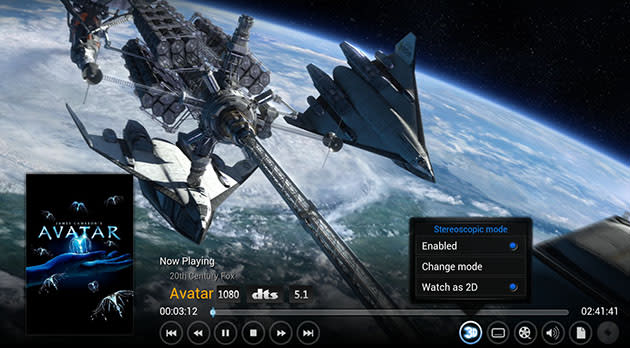 Version 13 of XBMC's media center software, codenamed Gotham, is now ready for your official beta-testing pleasure. The foundation -- which started the project for the Xbox and spawned apps like Plex and platforms like Boxee -- kicked off work on the update nearly a year ago. It said that many of the qualms from version 12 (Frodo) users have been addressed. Most notably, it now supports native hardware decoding on Android for x86 and ARM platforms, which should bring smoother playback for formats like Blu-ray. Other improvements include support for more 3D formats (with the notable exception of 3D Blu-ray), better touchscreen support, enhanced UPnP capability, "dramatic" audio engine improvements and easier setup. Though nightly versions have been available for a while, the company provided the usual caveats about beta software and the importance of backing up. If you're unperturbed by that, hit the source.

In this article: 3D, Android, ARM, Decoding, DNLA, Gotham, hdpostcross, MediaCenter, Streaming, upnp, XBMC
All products recommended by Engadget are selected by our editorial team, independent of our parent company. Some of our stories include affiliate links. If you buy something through one of these links, we may earn an affiliate commission.