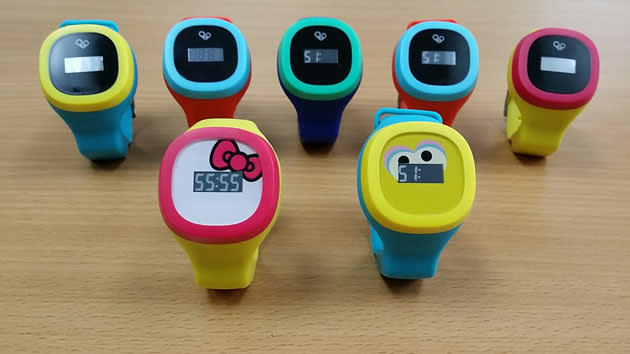 GPS leashes trackers for kids are hardly new, but damn if this isn't the cutest we've seen so far. Like other trackers of this sort, the HereO watch allows parents to create so-called safe zones around schools, et cetera, and then receive alerts should the child leave or enter the area. Additionally, parents can broadcast messages using an app, or send kids directions to help them reunite with a family member. On the surface, though, it's quite a bit cheaper than competing trackers: $99 on Indiegogo, compared with $200 for the Filip. It's also smaller than most kid's watches, not to mention better-designed, though we'll admit cuteness is in the eye of the beholder. The catch? Because this won't be sold through a carrier, like AT&T, you'll instead need to pay a monthly fee for the GPS service. Specifically, if you buy on Indiegogo you'll at least get the first six months free, but it's still $5 a month thereafter. (If you purchase it at retail once it comes out, you'll pay $149 with presumably no free service.) Should you buy in, the watch will work with a free app for either iOS or Android (Windows Phone and BlackBerry are coming soon, says the company).