Amazon Halo is a subscription fitness wearable and platform 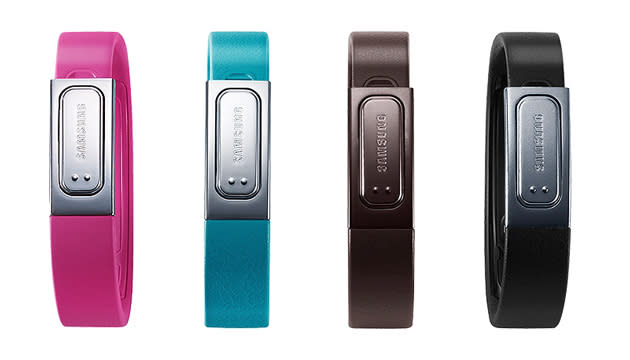 Compared to the glitz surrounding its latest Gear smartwatches, Samsung's more basic fitness bands have so far failed to garner much attention. The electronics giant doesn't seem to be giving up on this cheaper sort of wearable, however, because an unannounced model called the "S-Circle" has just cropped up at the FCC, having already appeared at the Bluetooth SIG a while back. The FCC paperwork confirms the device's model number (EI-AN900A) and description as an "activity tracker," as well as its inclusion of Bluetooth Low-Energy, and all of this points to it being a member of the same family as the S Band (shown above) and Heart Rate Monitor Band that launched with the Galaxy S4 last year. There's at least some chance that the S-Circle will combine these functions into a single low-cost device, transmitting both movement and heart rate data to Samsung's S-Health app, but that's just optimistic speculation on our part. Either way, it looks like Galaxy S5 owners who care more about muscle tone than Moschino may have the option of another accessory pretty soon.

In this article: band, fitness, heartratemonitor, mobilepostcross, s-circle, s-health, samsung, scircle, wristband
All products recommended by Engadget are selected by our editorial team, independent of our parent company. Some of our stories include affiliate links. If you buy something through one of these links, we may earn an affiliate commission.