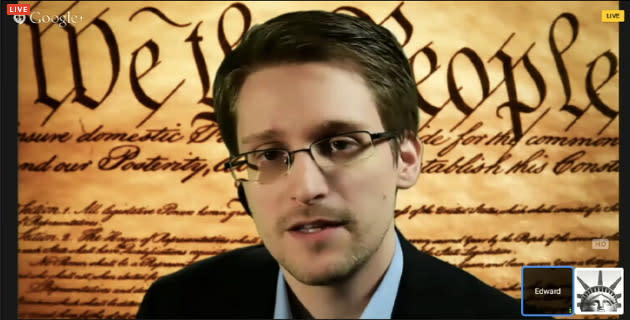 At SXSW today, NSA whistleblower Edward Snowden will make his "first appearance front of a live audience" since he unveiled the under belly of the government surveillance program. Snowden will speak with the ACLU's Ben Wizner and Christopher Soghoian, but as the name suggests, this is a virtual conversation and he will not be appearing in person for the festivities in Austin. The ACLU is liveblogging the entire affair here at 12PM ET and a livestream will be posted over at The Texas Tribune. If you miss out on the live coverage, the ACLU will post a video of the interview afterwords.

Update: We've embedded the livestream after the break.

Update 2: Well, things have wrapped up, but you can relive the conversation after the break.

In this article: aclu, edwardsnowden, sxsw, sxsw2014, video
All products recommended by Engadget are selected by our editorial team, independent of our parent company. Some of our stories include affiliate links. If you buy something through one of these links, we may earn an affiliate commission.