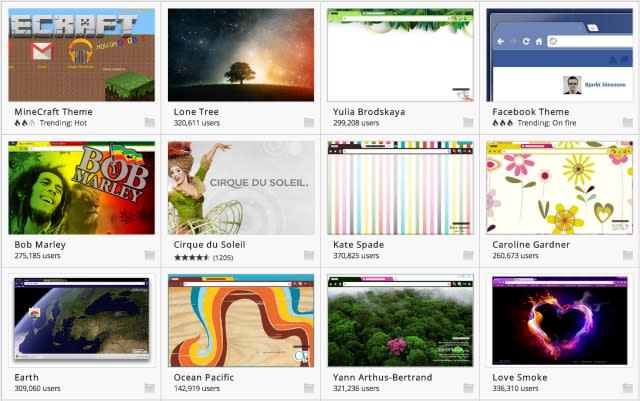 Google made a few changes to the Chrome Web Store today to benefit developers and make it easier for them to publish to the platform. The biggest change has to do with what's actually sold in the store. Now, instead of just paying for apps, you might also pay for extensions or themes. If commitment isn't your thing, subscriptions or free trials will be offered for some extensions, and the test-drive option is also available for packaged apps (read: Chrome apps that can run offline). All this is good news for developers, who starting May 1st will no longer be able to publish extensions outside of the Chrome Web Store for Windows users. It could also be great news for users. Now that developers have the opportunity to make a little cash for their work, hopefully we'll see some even better themes and extensions headed to the store in the future.

In this article: Chrome, Chrome Web Store, google
All products recommended by Engadget are selected by our editorial team, independent of our parent company. Some of our stories include affiliate links. If you buy something through one of these links, we may earn an affiliate commission.