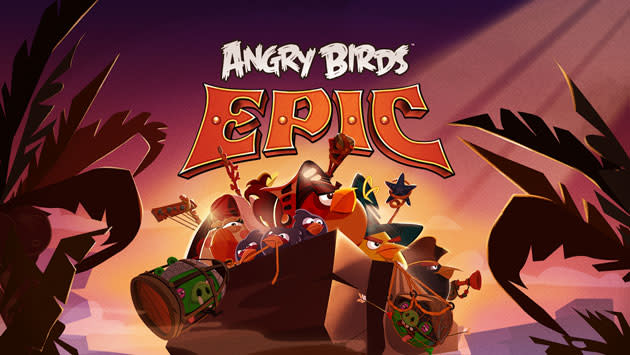 If you're a fan of flinging Angry Birds across the screen or racing them in go-carts on your favorite mobile device, Rovio's next installment looks to offer a new challenge. Angry Birds Epic is said to be a turn-based RPG with all the battle and armor building players can handle. Kotaku reports that making weapons, potions and other provisions with funds acquired during conquests or via in-app purchases will be a key part in the storyline. Details are scarce for now, but an in-progress version is said to hit iTunes in Australia and Canada this week with a global launch across iOS, Android and Windows Phone sometime in 2014.

In this article: angrybirds, angrybirdsepic, gaming, rovio
All products recommended by Engadget are selected by our editorial team, independent of our parent company. Some of our stories include affiliate links. If you buy something through one of these links, we may earn an affiliate commission.