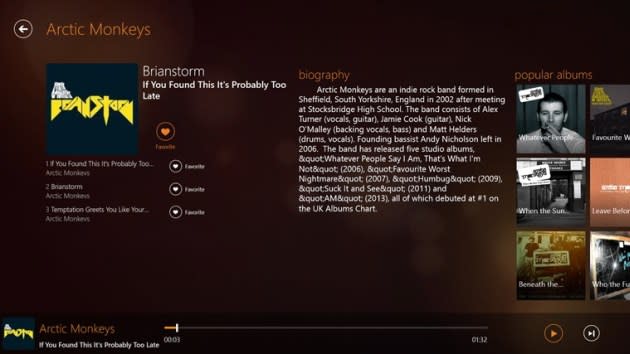 Let's say you bought a new laptop and wanted to check out a few videos that you legally downloaded without leaving Windows 8's touch-focused UI -- until now, your options have been pretty limited. If you're feeling a little adventurous though, the beta version of VLC's media player that Microsoft News spotted on Redmond's app store should do the trick. It's an experimental port of the Windows RT app, however, and as such the application has a few hurdles to clear before it's ready for prime time. General sluggishness compared to the desktop version and some audio bugs, for instance, are a few issues that may crop up. Developer VideoLAN says that this version isn't nearly as stable as it should be (it is a beta, after all), but that hasn't stopped you from downloading its apps before, has it?

In this article: app, beta, hd, hdpostcross, microsoft, vlc, vlcmediaplayer, Windows8, Windows8.1
All products recommended by Engadget are selected by our editorial team, independent of our parent company. Some of our stories include affiliate links. If you buy something through one of these links, we may earn an affiliate commission.