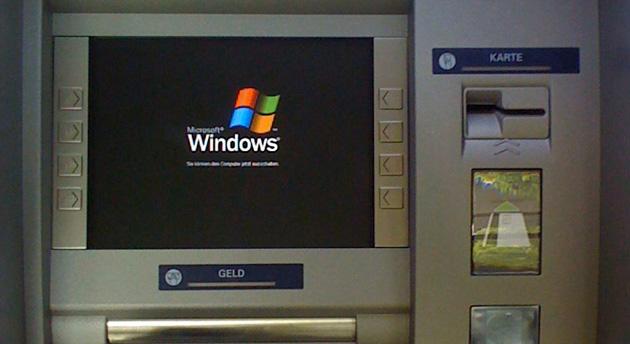 Believe it or not, roughly 95 percent of ATMs in the world are still running Windows XP -- and that's about to become an expensive problem. Machine designer NCR says that only a third of banks will upgrade their ATMs to a newer OS before official XP support ends on April 8th, leaving many institutions little choice but to pay Microsoft for an extended contract if they still want support. At least some banks plan to update, but they're facing both technician backlogs and steep transition costs; estimates suggest the big UK firms might pay up to £60 million ($100 million) each to make the leap. Whether or not your bank joins the modern era, you shouldn't be surprised if you end up footing some of the bill.

In this article: atm, banking, banks, microsoft, ncr, windows, windowsxp
All products recommended by Engadget are selected by our editorial team, independent of our parent company. Some of our stories include affiliate links. If you buy something through one of these links, we may earn an affiliate commission.