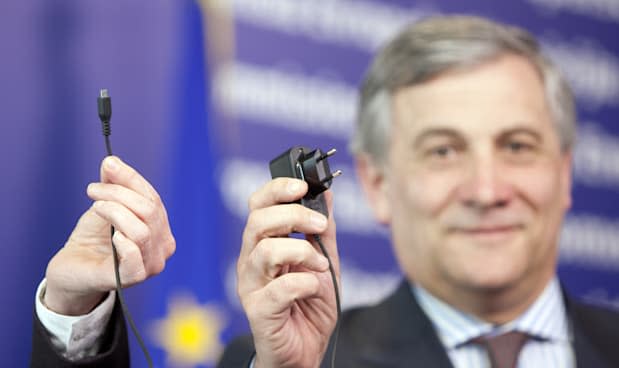 The EU successfully pushed for voluntary adoption of a cellphone charging standard a few years ago, and it's now close to making that standard mandatory. The European Parliament has voted in favor of a draft law requiring that cellphones work with a common charger. Provided the Council of Ministers green lights the regulation, EU countries will have until 2016 to put it into their local laws; phone makers will have until 2017 to change their hardware. The charger requirement is a formality when many phone designers already support the concept, but it could force some companies to shape up -- and spare more Europeans from tossing out power adapters when they switch handsets.

In this article: cellphone, CellphoneCharger, charger, eu, europe, EuropeanParliament, minipost, mobilepostcross, mobilepostmini, regulation, smartphone
All products recommended by Engadget are selected by our editorial team, independent of our parent company. Some of our stories include affiliate links. If you buy something through one of these links, we may earn an affiliate commission.