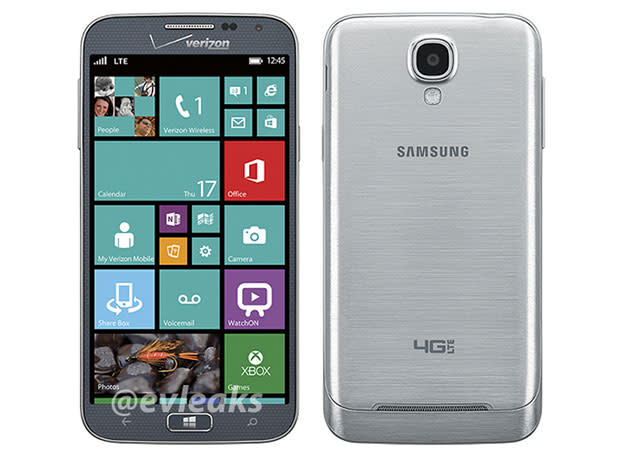 Samsung's upcoming Windows 8.1 smartphone for Verizon, the ATIV SE, passed through the FCC last month, and now we're getting a look at the actual device. The leaked press photos above show a phone that strongly resembles the Windows Phone-powered ATIV S, with a physical home button. The alleged ATIV SE appears to share design elements with Samsung's Galaxy handsets as well, from the rounded edges to the textured finishes on the back and front. It's still unclear when the ATIV SE will launch on Verizon, but we know it'll arrive some time this year following the debut of the Windows Phone 8.1 operating system. Expect a 5-inch, 1080p display and LTE capability when the SE hits store shelves.

In this article: mobilepostcross, samsung, samsung ativ se, samsung windows phone, verizon, Windows Phone, windows phone 8.1
All products recommended by Engadget are selected by our editorial team, independent of our parent company. Some of our stories include affiliate links. If you buy something through one of these links, we may earn an affiliate commission.