Latest in 10 years in 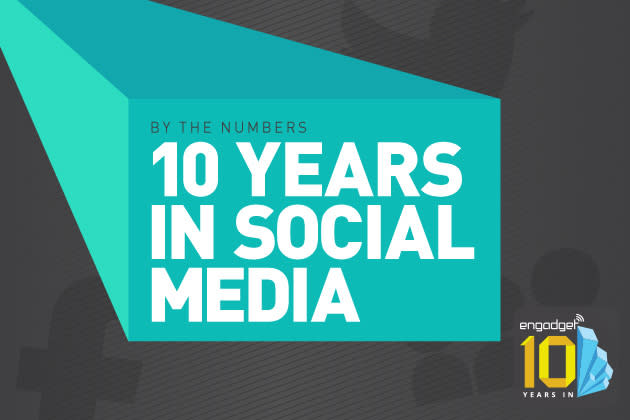 Facebook launched ten years ago in February 2004. A month later, so did this site. Social media hasn't, doesn't and won't stay still. As Myspace rises, Friendster declines. The pattern's repeated itself a few times already, and even Google hasn't quite cracked the magic social network formula, at least not yet. The crown currently belongs to Facebook, a company that's made some big, big startup purchases on the way, although Twitter continues to pack (arguably) more influence. A whole lot has happened in the last decade, but we've tried to squeeze the more interesting parts into something a little more visual. Check out the full 'graphic, right after the break.

In this article: 10 years in, 10 years in social media, 10yearsin, 10yearsinsocialmedia, bythenumbers, facebook, friendster, google, infographic, KatyPerry, linkedin, myspace, social media, social network, socialnetwork, SocialNetworking, twitter, visualized
All products recommended by Engadget are selected by our editorial team, independent of our parent company. Some of our stories include affiliate links. If you buy something through one of these links, we may earn an affiliate commission.