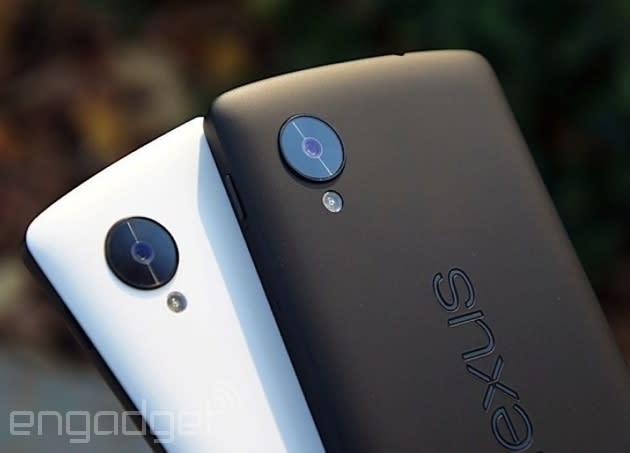 Google may have wowed the world yesterday with the introduction of Android Wear, but it turns out it also had some Nexus-related news tucked away too. Already available in 13 countries around the world, the search giant has quietly expanded sales of the Nexus 5 and Nexus 7 across Europe, listing them on the Play Store in eight new markets. These include Austria, Belgium, Denmark, Finland, Ireland, the Netherlands, Portugal and Sweden, giving customers the option to bypass operators and grab themselves an unlocked Nexus device direct from Google. With the Chromecast finally on sale outside of the US and an influx of Android-powered wearables on the way, Google's finally making it easier for Europeans to start investing in its expanding product family.

In this article: android, europe, google, mobilepostcross, nexus 5, nexus 7, play store
All products recommended by Engadget are selected by our editorial team, independent of our parent company. Some of our stories include affiliate links. If you buy something through one of these links, we may earn an affiliate commission.