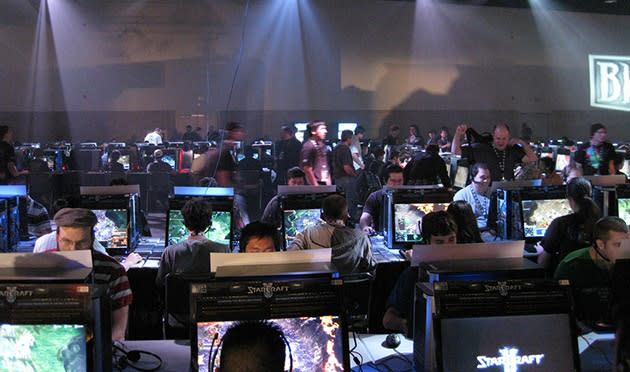 Chung-Ang University ranks among the top 10 schools in South Korea, and you know what can get you in other than good grades and connections? Being really, really good at video games. Beginning next year, professional gamers can apply for a spot at the university's Department of Sport Science. Since that department's also in charge of students with more traditional sports backgrounds (you know: soccer, basketball, snowboarding etc.), it's safe to say Chung-Ang recognizes the more sedentary players as athletes, as well.

While this news might sound like something from The Onion, it's not such a bizarre development for a country where competitive gaming is huge -- players train as hard as any athlete and matches are even shown on TV. In fact, gaming in the country is big enough that US immigration officials (after some convincing, anyway) granted a couple of pro-gamers athletic visas in the past. With a school possibly honing players' skills even more, we wouldn't be surprised if the immigration ends up giving out more pro-athlete visa in the future.

In this article: progamer, ProGaming, SouthKorea, university
All products recommended by Engadget are selected by our editorial team, independent of our parent company. Some of our stories include affiliate links. If you buy something through one of these links, we may earn an affiliate commission.