iPhone 4th-gen prototype lost and found in the wild 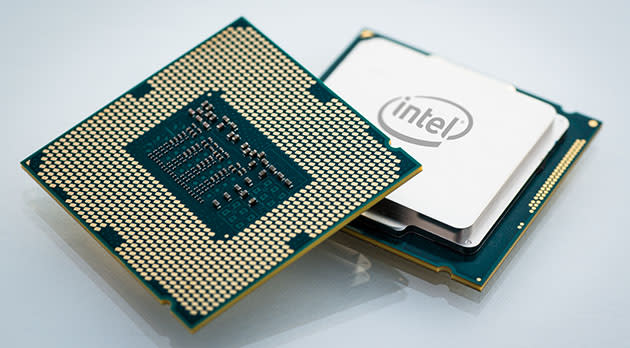 Since Intel's next Haswell chips are aimed squarely at enthusiasts, what better place to unveil them than at the Game Developer's Conference? Aimed at power users, the 4th-gen Core-i7 Extreme Edition CPU will feature eight unlocked cores and 16 threads, trumping the last model's six cores. It'll also support the latest DDR4 memory standard for much higher transfer speeds and lower power drain than DDR3. Also arriving soon is an unlocked 4th-gen "Devil's Canyon" Core chip for overclockers and a "Black Brook" reference all-in-one PC packed with tech like the RealSense 3-D camera (see the video after the break). Finally, Intel revealed that its 5th-gen Broadwell 14-nanometer processors will be available unlocked and with Iris graphics. While those chips were delayed, the new 4th-gen CPUs will arrive in mid-2014 -- so it might be prudent to put off any upgrades.

Update: Intel has informed us that the unlocked 4th-gen chips are code-named "Devil's Canyon," not the Extreme Edition CPU. We've updated the post to reflect that.

In this article: 4th-gen, 8-core, AIO, all-in-one, CPU, DDR4, devilscanyon, ExtremeEdition, GDC2014, Haswell, intel, iris, irispro, octacore
All products recommended by Engadget are selected by our editorial team, independent of our parent company. Some of our stories include affiliate links. If you buy something through one of these links, we may earn an affiliate commission.