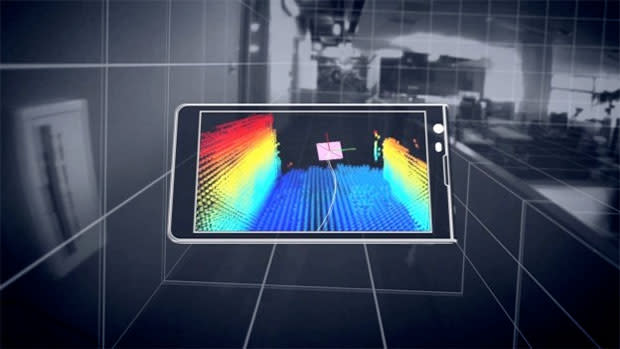 It's arguably cool enough that Google is working on smartphones that can scan your surroundings, but now those devices are slated to take a spin in space too. How's that for living in the future? NASA first started sticking smartphones to machines back in 2011 when it used Samsung's Nexus S as the brains for a trio of robotic SPHERES satellite that use bursts of carbon dioxide to putter around the International Space Station. Those aging handsets will soon get the boot, as two of Google's Project Tango smartphones will hitch a ride on Orbital's Cygnus spacecraft when it resupplies the ISS in May. Why? The space agency is interested in seeing if the phone's spatial sensing abilities can help those floating robots navigate their surroundings better than they can right now. If it's lucky, NASA's zeal to upgrade the SPHERES' brains could ultimately lead to the development of a roaming robot that works as well outside the station (or around an asteroid) as it does inside a tin can hurtling around the earth.

In this article: 3dSensor, google, iss, projecttango, robots, space, spacestation, spheres, tango
All products recommended by Engadget are selected by our editorial team, independent of our parent company. Some of our stories include affiliate links. If you buy something through one of these links, we may earn an affiliate commission.